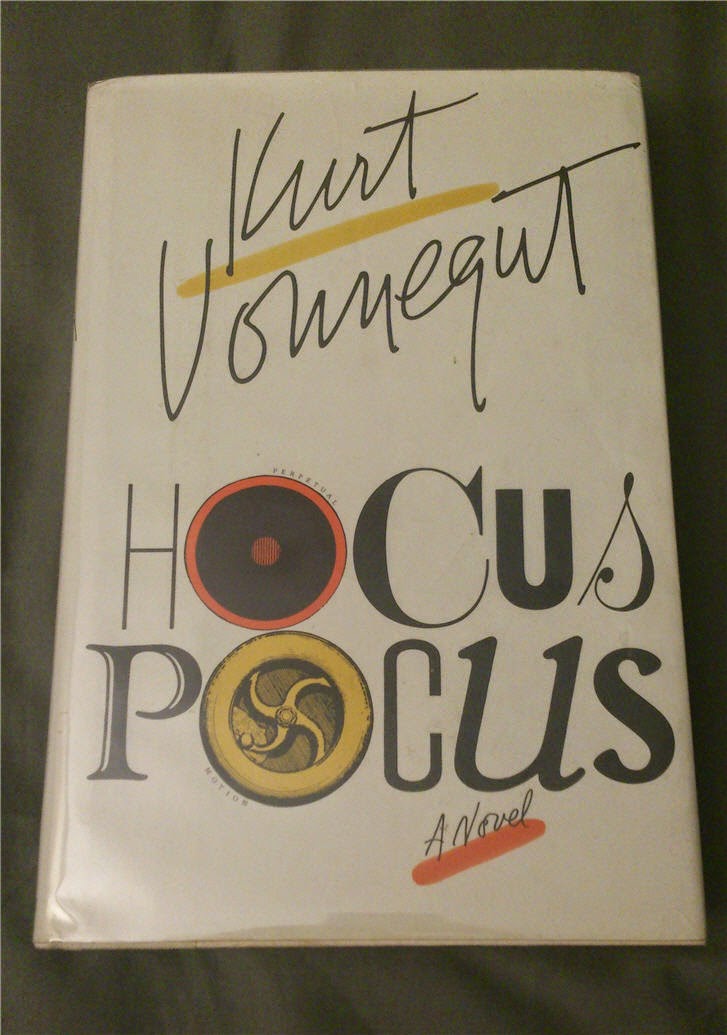 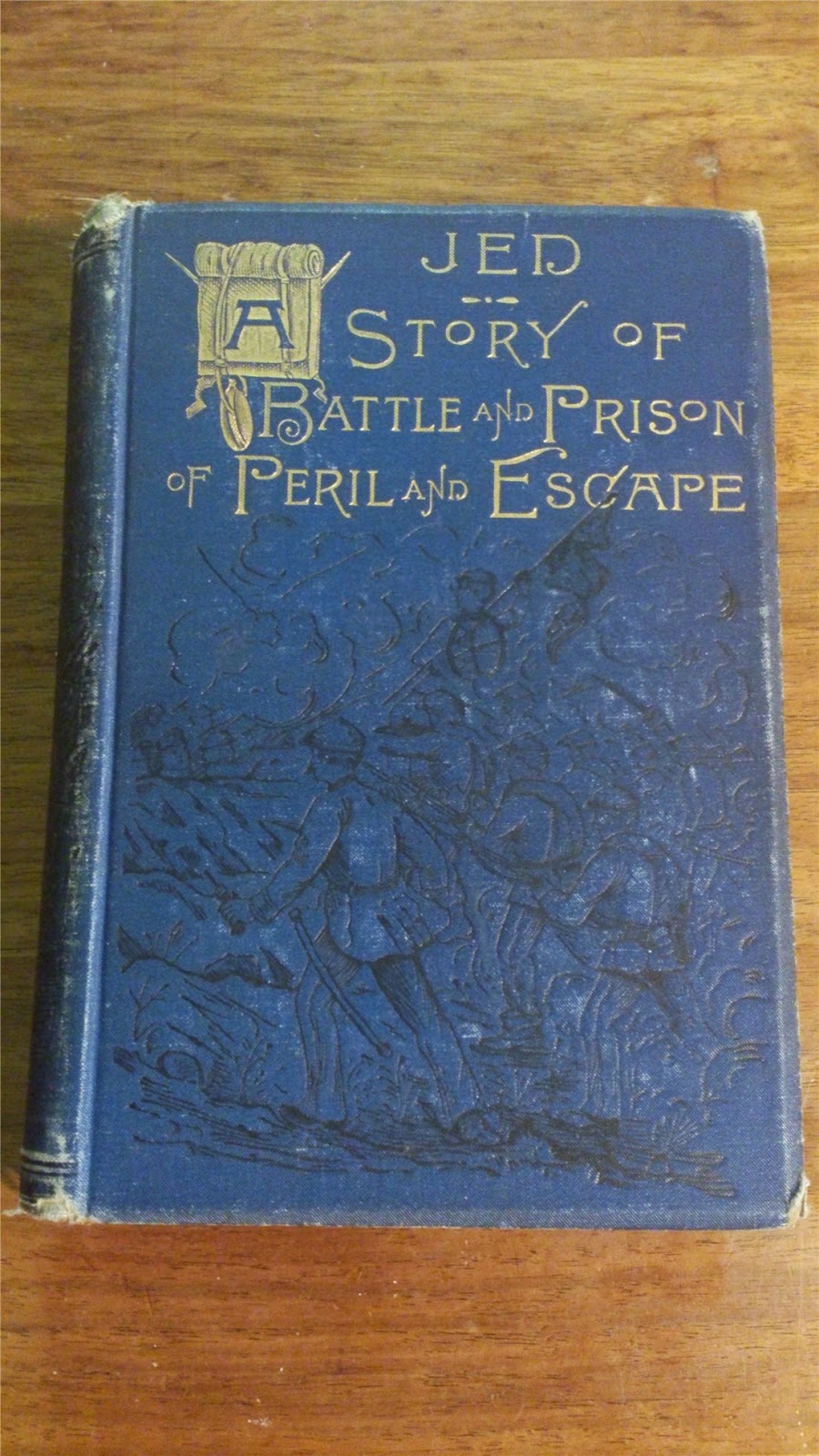 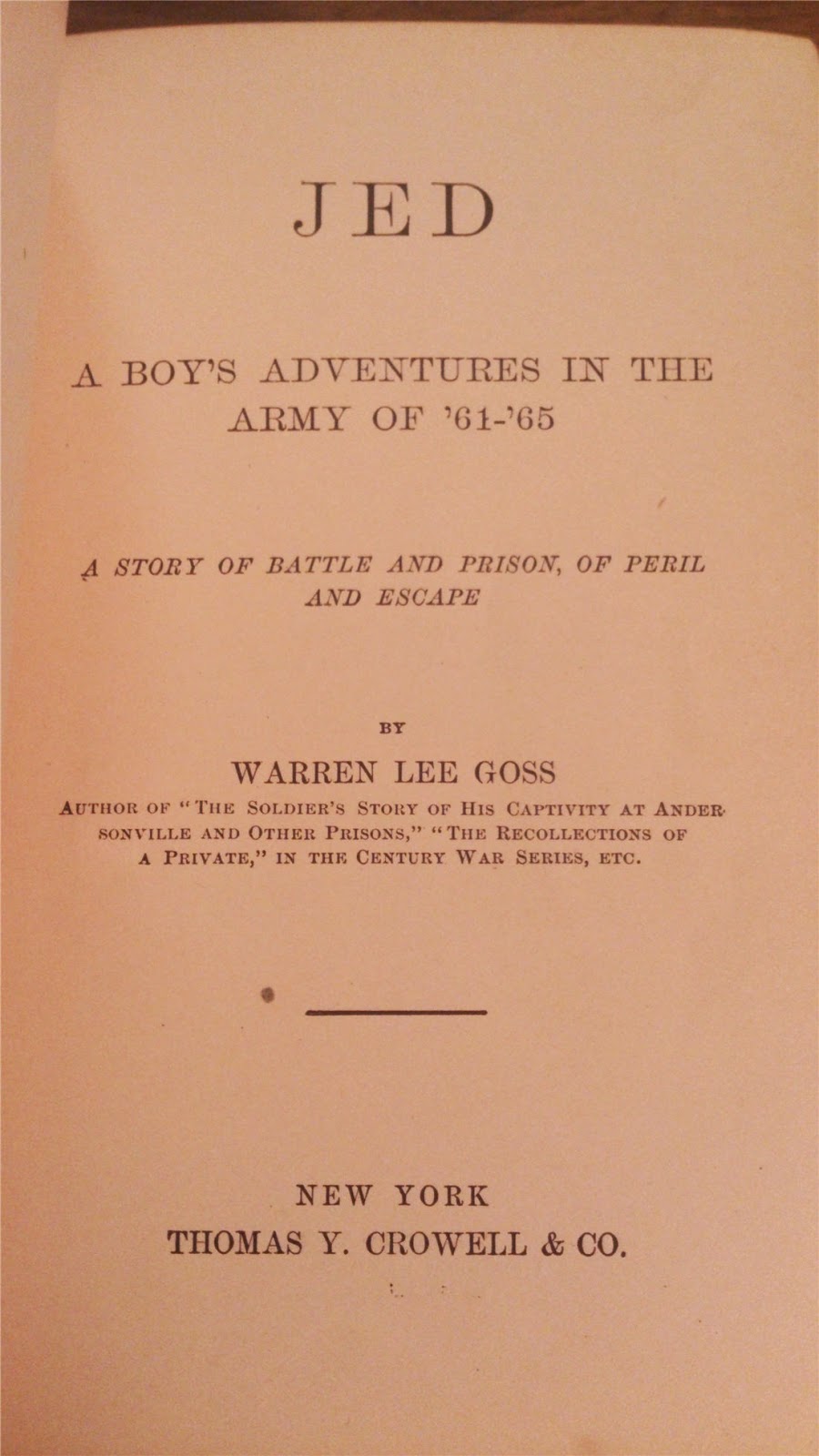 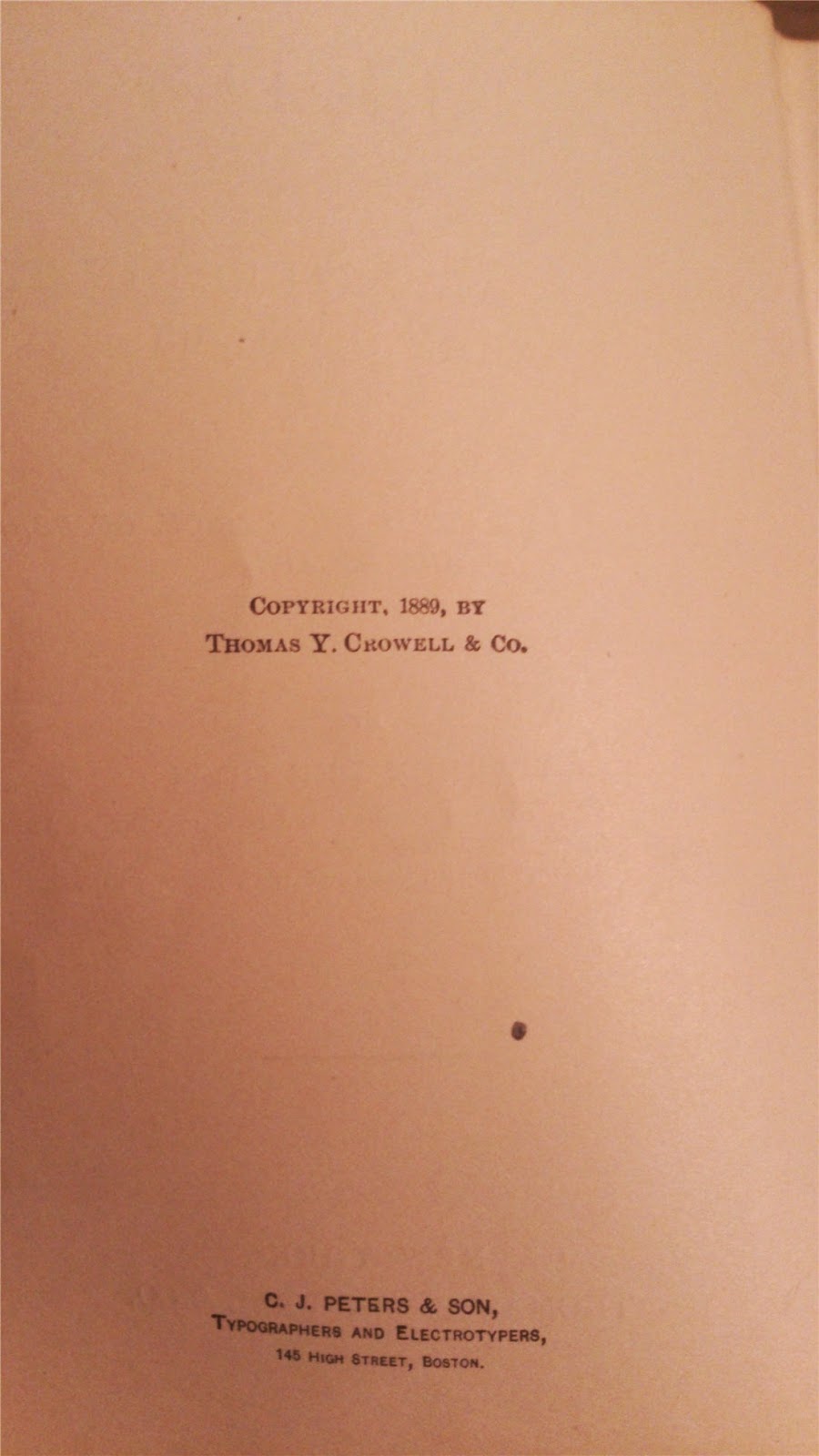 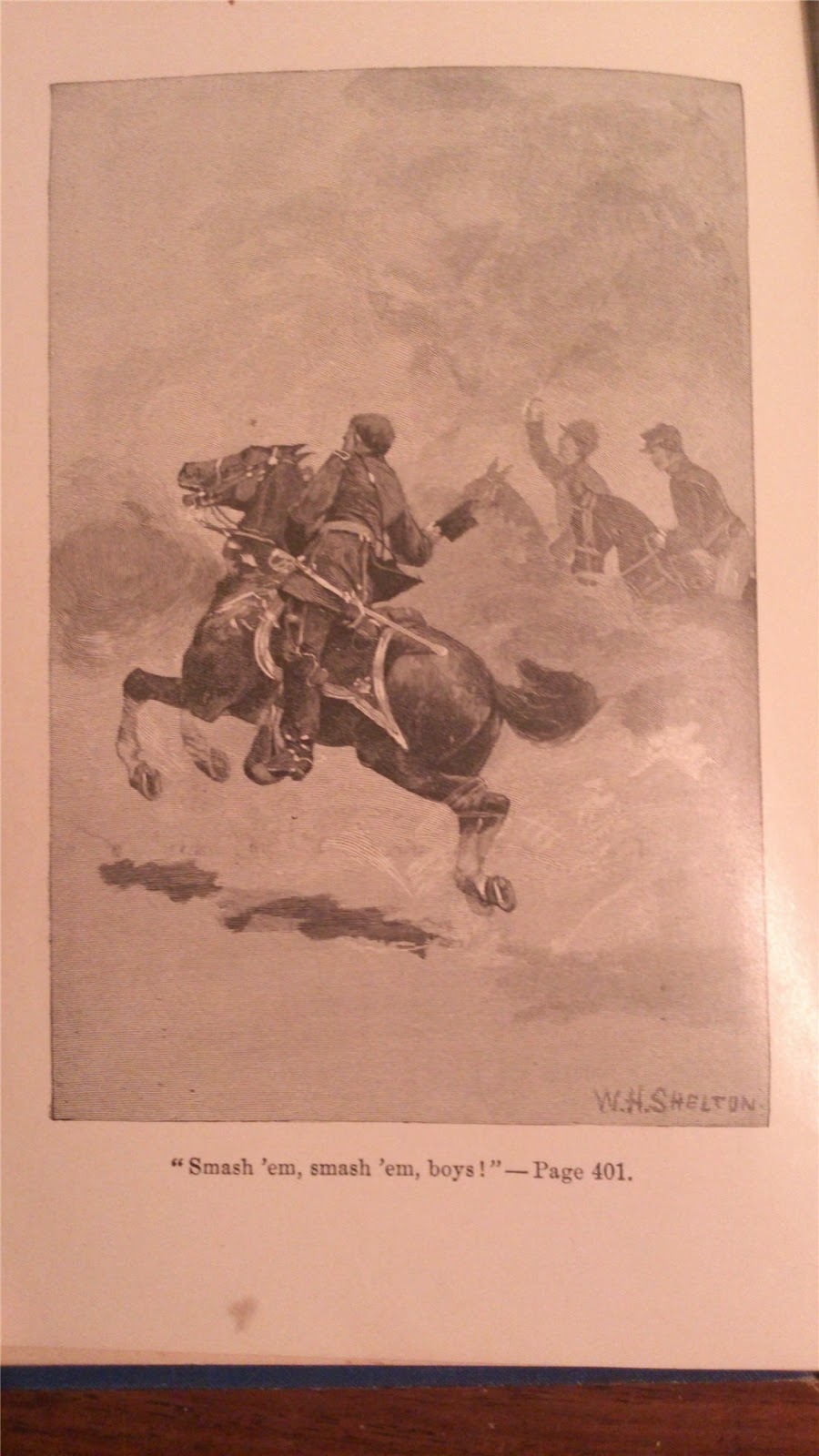 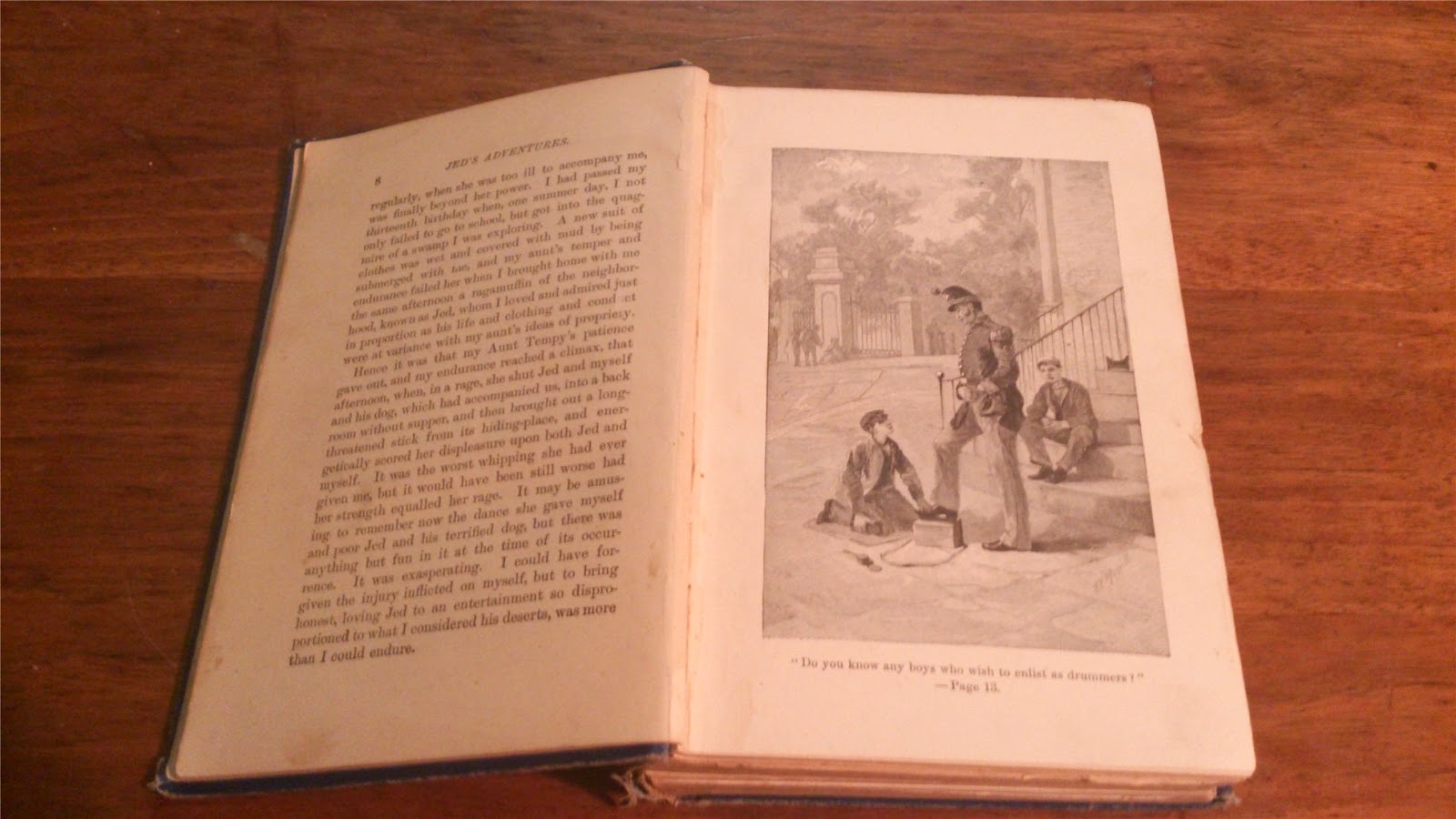 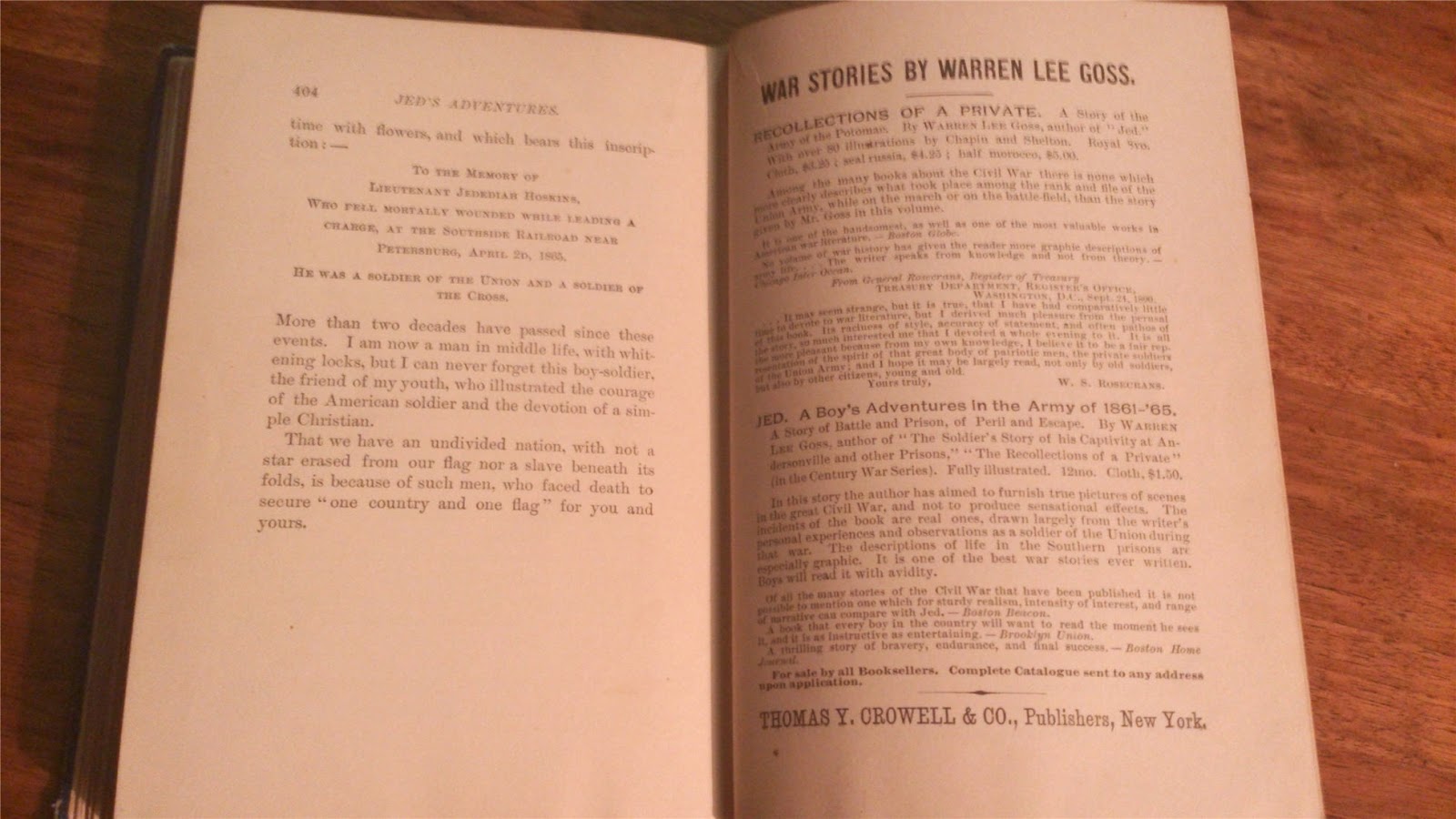 Can’t tell if it was meant to be an adventure book for boys or if it was targeted towards adults but the sheer length of it and the author’s other books makes me think the latter.
Posted by Vincent Lui at 11:37 PM No comments:

OT11: The Monk and the Hangman’s Daughter

In honour of Germany winning the 2014 Fifa World Cup (despite me backing France), I’ve decided to break out one of the most amazing books I’ve ever picked up from The Monkey’s Paw – a rare translation of a German story.


The Monk and the Hangman’s Daughter is an 1891 novella by German novelist Richard Voss. In 1892, it was translated by Adolphe De Castro who then contacted one of the most interesting literary giants to edit and adapt it – Ambrose Bierce. Ambrose Bierce ranks quite higher on the list of writers I revere. In addition to being a crazy literary critic, having a distinctively dark writing style, and authoring of the greatest short stories of all time, the guy up and disappeared without a trace one. No one knows what happened to him, only that he joined Pancho Villa’s army and apparently felt that that wasn’t interesting enough so he left for an unknown destination after. He was 71.


This 1967 printing of The Monk and the Hangman’s Daughter is a private printing created with an extremely high attention to detail for The Limited Editions Club. Coming with a slipcover that fits into a slipcase, on the shelf it looks like a simple cardbound book. However, the actual book inside the casings is bound in burlap with embossed lettering and symbols.

While the book seems like an archival edition that you would expect to contain no-nonsense black and white text in minimalist fashion, as soon as you open it, you are blasted with an explosion of vivid colours. Containing seven watercolour illustrations by Michel Ciry, it is a gorgeous read through and through.

It’s not often that one finds a book that engages the senses so well and I’m very fortunate to have snapped this up before someone else did. Apparently it belonged to a notable film/television personality but I can’t for the life of me remember who it was since I was too busy running my hands across the cover when Stephen was telling me about it. Burlap really does make an incredible binding.
Posted by Vincent Lui at 11:57 PM No comments:

S17: The Proterozoic in Canada

History books from the Biblio-Mat are often dry and textbook in nature. This week’s submission is no exception. 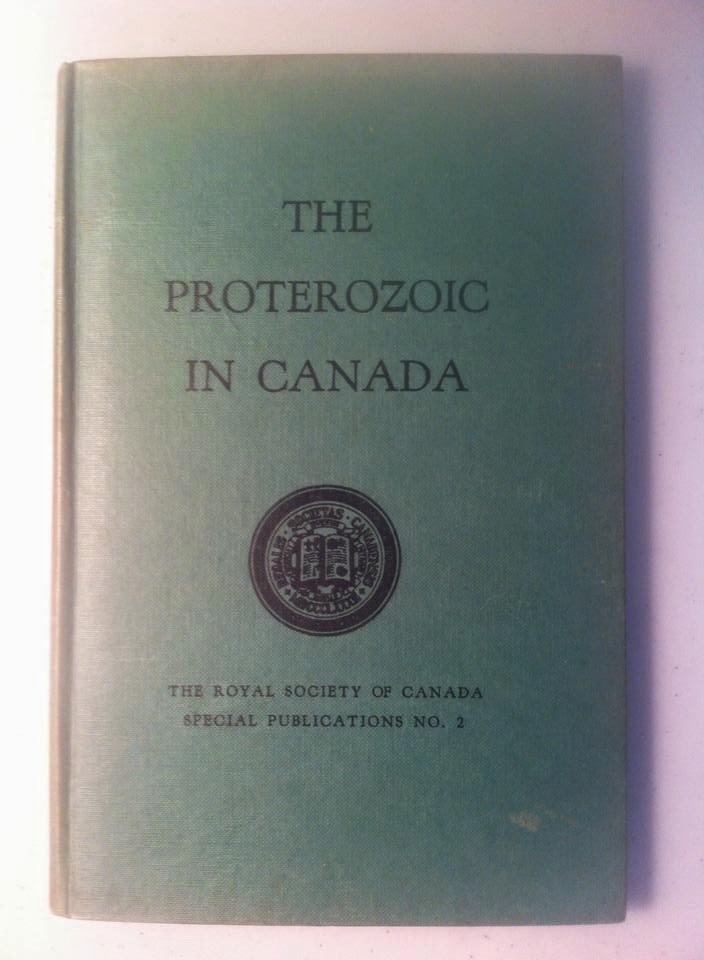 Book: The Proterozoic in Canada
Submitted by: Trevor S. 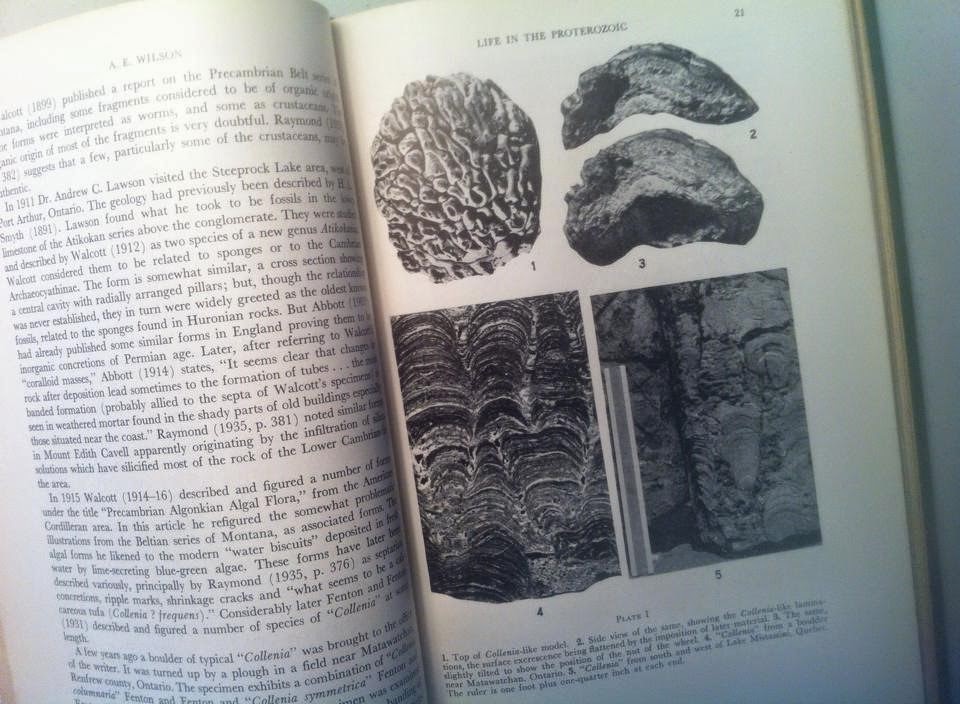 Published in 1957 by The Royal Society of Canada, it looks like a regal tome with a nice green binding bearing a seal. Inside, it looks like there’s a good amount of images to offset the text, which is probably a good thing as a book published in the 50’s delving into the details of earth circa two billion years ago needs all the help it can get (there were rocks… some water… more rocks…). 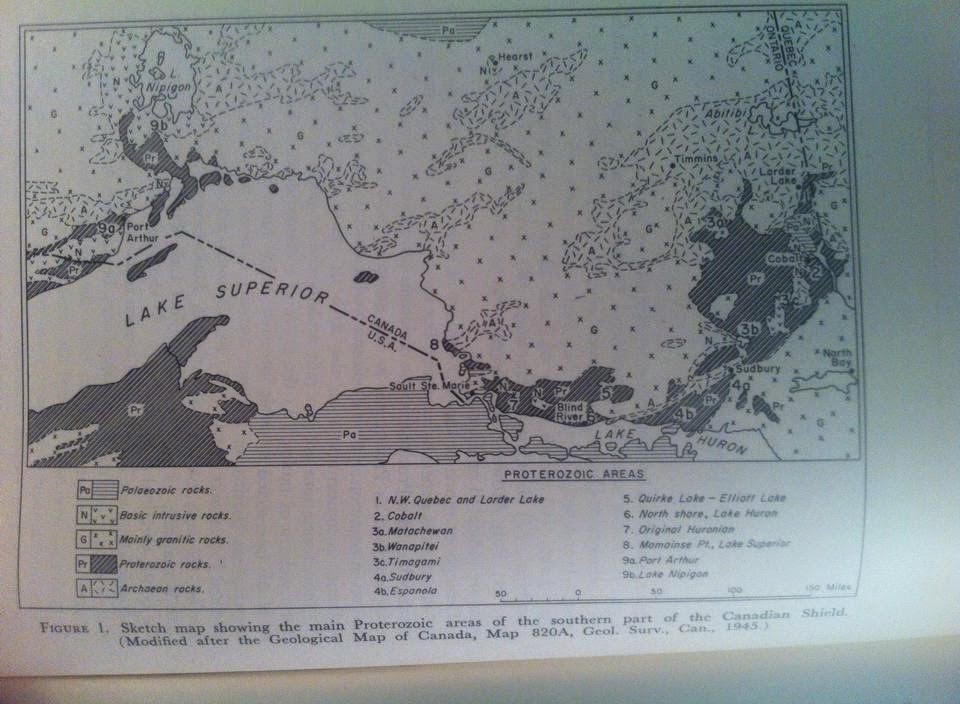 At least there are maps, and who doesn’t like maps?